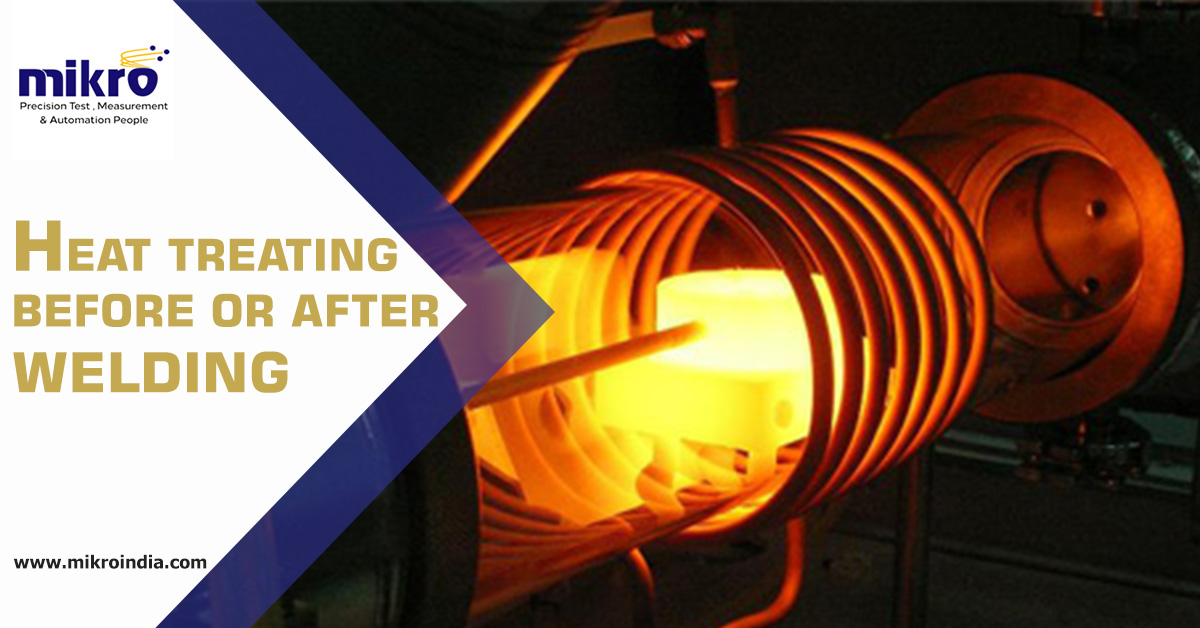 A brief look out on how heat transforms any metal into any form of desired design when heated. As we are all aware that when steel is heated to a certain temperature it is welded accordingly, more over the heat proportion that is generated on it has a micro structure that is different from that of the base metal which is so called the Heat Affected Zone or the H.A.Z. as abbreviated.

The process during welding, rapid heating and cooling takes place which produce severe thermal cycle near weld line region of any metal that gets submerged in the heating zone. The thermal-cycle causes a non-uniform heating and cooling in the material, which eventually generates harder heat affected zone, sustaining stress and the cold cracking prominence in the weld metal and base metal. Hazardous sustained stresses commonly result in and on various heating & cooling temperatures. Welding is a common example as such. Contractions of metal along the length of the weld are partially prevented by a large adjacent body of cold metal, thus creating sustained tensile stresses up along the welding points.

The properties of welding often causes’ problems than the base metal properties, and in many cases, they even dominate the overall performance of the structure by creating problems in the process of production.

So thus, to tackle such problems some heat treatment Before Welding (Preheating) and After Welding, Post Weld Heat Treatment (PWHT) are employed to us. As we take a look the effective preheat and post heat are the primary means by which the heat affected zone properties and minimum potential properties for hydrogen generate cracks in welding’s. As we consider the engineering on how Heat is to be managed the fundamentals of these heating techniques are suggested below:

To carry the procedure of heating a metal at some required pre-determined temperature is a must that which can make it beneficial when it actually gets into welding is meant to called as ‘pre-heating’. The details & effects may differ from metal to metal in various situations as every metal is generated in various heating temperatures, but at the end the main objective is to check out for the cooling behavior after it gets cooled off after welding so as its shrinking proportion gets less stressed during this cooling period. The process of Pre-heating prepares metal to make it more effective enough towards welding. As to consider that pre-heating is an important scenario helps to increase the thickness of the base metal rapidly, and with the rigidity of the welded structure because of its originated constraints.

Further, under pre-heating if a metal is provided with higher degree of pre-heat the lower becomes its intake of heat that it needs to generate to go through changes, these changes limit the solidified formation. On a precautionary account all hardened steel must be pre-heated as to decrease its cooling temperature after its welding.

Moreover, we should also know that for every particular type of steel pre-heating requirements & the crucial preheating techniques are selected prior to the temperature that is selected on the basis of the amount of carbon percentage (%) present in the steel, in other words every pre-heating temperature is different for different metals.

Minimizing pre-heating temperature is assured as to avoid the cracking’s in the below following steps as Carbon is equivalent substance in expressing its own nature with a little alloy contents. It is conditional on base metal prior to welding. The thickness of the base-metal. Having a constraint level. Having hydrogen availability contents if any. The rapid heating & cooling characteristics of welding bound to produce a hard micro-structure in the H.A.Z. (Heat Affected Zone). The H.A.Z. is one of the key factors responsible for deterioration or progressively worsening the welding’s. H.A.Z. is cooled at different rates & also needs different micro-structure is usually considered to be a loss in a welding joint.

This technique is also referred to be called as PWHT – Post Welding Heat Treatment/Techniques is a procedure used to up bring the structure by obtaining the properties in welding’s of H.A.Z. Heat Affected Zone. By executing the exact provisions, after welding one can curb the rate of cooling when it’s been welded. Also, thus the functions of PWHT is also to temper i.e. (the degree of hardness and elasticity in steel) the hardness in the welded metal & H.A.Z. in order to reduce the hardness & increase the toughness the excess stress which is associated due to welding.

Finally, we can also state that the available contents on Post. Weld. Heat. Treatments(PWHT) are suggested upon specific alloys and filler metals that are involved, and also on their thickness & sustenance of these welding’s.  Post head minimizes the impact of hydrogen induced cracking’s (HIC) in other words.

For the occurring of HIC there are 3 variables that are present viz, A Sensitive Micro structure, A Sufficient Level Of hydrogen, Or a High Level Of stress. Well the necessity or need of PWHT relies on material & service requirements and also other factors that pull up the need of PWHT are dimensions, joint design, welding’s etc.