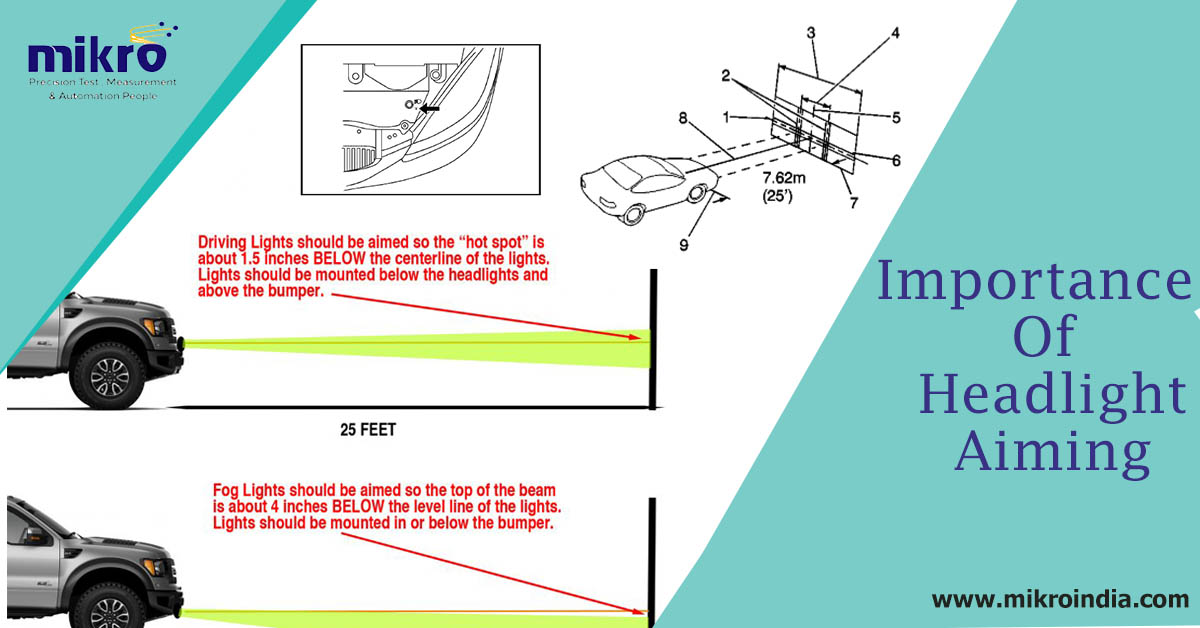 Facing a poor light vision during the night while travelling is as much dangerous as like to drive any vehicle blind folded. For your information if the headlights are too much to the ground level can reduce the driver’s visibility on road likewise, even if the head lights are too high above the driver’s eye vision it will be useless, as the direction of the light is not to the needed convenience of the driver.

Moreover, if the headlights are extensively at a lower ground level at the road it will affect the driver’s vision in seeing far off the distance on the road by making things difficult for the driver to understand as where the obstacles or blind turns may occur.

Technically, design engineers say that a properly aimed headlights are pretty hard to specify as per how the driver wills to keep the beams while driving that is whether straight or downwards. If the beams are not measured the right way the way it has to be, then there can be chances that they are not at the precise in aiming correctly & so are out off the alignment.

When we focus on driving, especially where night travelling is concerned our sources have revealed that as how difficult it can be as to keep the headlights aimed right manner that can guide the driver’s vision well.

Under certain technical aspects of the system engineers state that they have calculated & researched a survey data which proves at about 10% of proximity in which any vehicle on road headlights are misaimed that causes at about 3% to 30% excess brightness to that as what is needed for the accurate aiming regulations & guidelines when riding any vehicle. Astonishingly, most of the time the misaims of the lights have been responsible due to physical in-correction adjustments on the vehicle a per which most of the problems arise due to the following reasons as:

To keep you informed even a little misaimed calculation of 0.2 to around 0.6 degrees of beam aim headlight can become a misaimed pattern. So thus, something of that can cause like this may be due to excess of luggage weights in the back or even due to installation of replaced light bulbs with varying voltage powers. At least of about 25 to 30 feet from the vehicles frontend must be necessary for any driver to margin the distance of vision while travelling down the road.